Naar de inhoud springen
Johannesburg
Day 8
About 10 o’ clock we meet Gerard (Elenas son) and his partner Louis. They live in Roodenpoort near Johannesburg and want to show us around in Johannesburg. Frits had met both guys in Amsterdam when they made a trip through Europe. We start in Soweto driving past the World Cup soccer stadium. 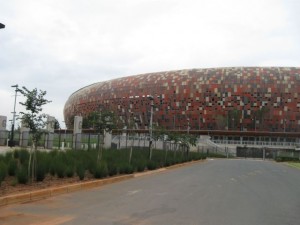 The colourful outside of the World Cup soccer stadium 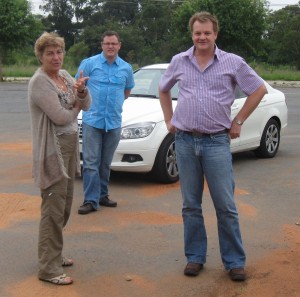 Albertien, Louis and Gerard looking at the stadium.

In Soweto we visit the house of Mandela which was opened as a museum by Mbeki in 2005. 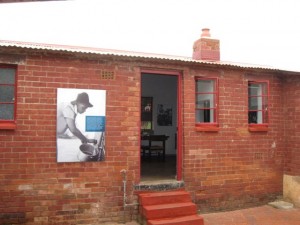 The house of Nelson Mandela in Soweto

Next we go to the Apartheidsmuseum, a very extensive exhibition and balanced presentation of the apartheid problem. Very impressive! 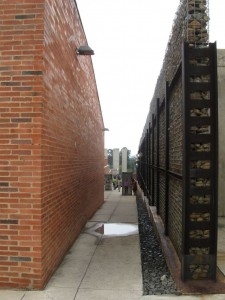 Entrance to the Apartheidsmuseum in Joburg

Then to a new food court, the President, assembled around a giant statue of Mandela. We eat in a pleasant restaurant featuring Southafrican food.
On the way back to Roodenpoort we drink coffee in one of the most expensive hotels in Joburg. With a stunning view over the city. 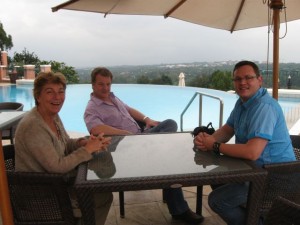 Despite the rain we enjoy the breathtaking view!